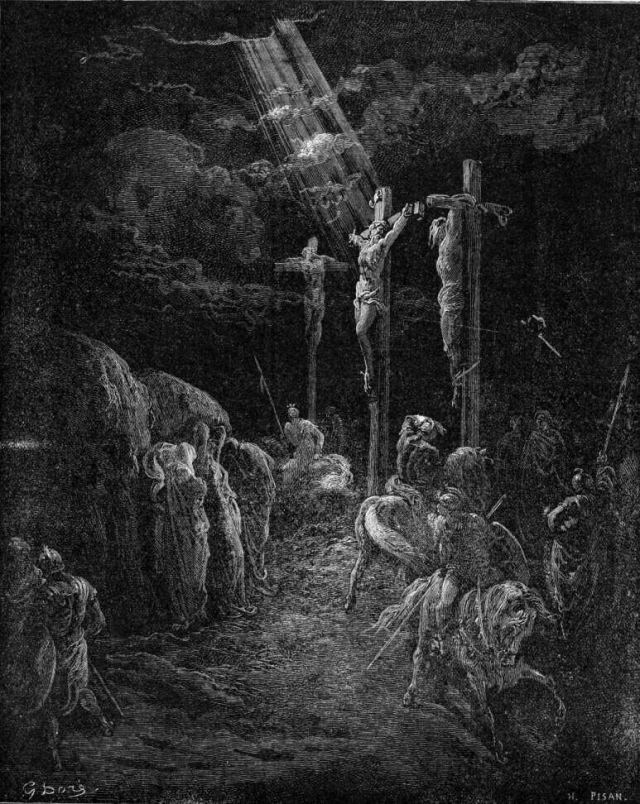 To Be A Pilgrim…by John Bunyan

By faith Abraham, when he was called to go out into a place which he should after receive for an inheritance, obeyed; and he went out, not knowing whither he went. By faith he sojourned in the land of promise, as in a strange country, dwelling in tabernacles with Isaac and Jacob, the heirs with him of the same promise: For he looked for a city which hath foundations, whose builder and maker is God. Through faith also Sara herself received strength to conceive seed, and was delivered of a child when she was past age, because she judged him faithful who had promised. Therefore sprang there even of one, and him as good as dead, so many as the stars of the sky in multitude, and as the sand which is by the sea shore innumerable. These all died in faith, not having received the promises, but having seen them afar off, and were persuaded of them, and embraced them, and confessed that they were strangers and pilgrims on the earth. For they that say such things declare plainly that they seek a country. And truly, if they had been mindful of that country from whence they came out, they might have had opportunity to have returned. But now they desire a better country, that is, an heavenly: wherefore God is not ashamed to be called their God: for he hath prepared for them a city.(Hebrews 11;8-16)

Listen and Enjoy….He Who Would Valiant Be…

Who would true valour see,
Let him come hither;
One here will constant be,
Come wind, come weather.
There’s no discouragement
Shall make him once relent
His first avowed intent,
To be a pilgrim.
Whoso beset him round
With dismal stories
Do but themselves confound;
His strength the more is.
No lion can him fright,
He’ll with a giant fight,
But he will have a right
To be a pilgrim.
Hobgoblin, nor foul fiend,
Can daunt his spirit:
He knows, he at the end
Shall life inherit.
Then fancies fly away,
He’ll fear not what men say,
He’ll labour night and day
To be a pilgrim.
Psalm 74

O God, why hast thou cast us off for ever? why doth thine anger smoke against the sheep of thy pasture? Remember thy congregation, which thou hast purchased of old; the rod of thine inheritance, which thou hast redeemed; this mount Zion, wherein thou hast dwelt. Lift up thy feet unto the perpetual desolations; even all that the enemy hath done wickedly in the sanctuary. Thine enemies roar in the midst of thy congregations; they set up their ensigns for signs. A man was famous according as he had lifted up axes upon the thick trees. But now they break down the carved work thereof at once with axes and hammers. They have cast fire into thy sanctuary, they have defiled by casting down the dwelling place of thy name to the ground. They said in their hearts, Let us destroy them together: they have burned up all the synagogues of God in the land. We see not our signs: there is no more any prophet: neither is there among us any that knoweth how long.

O God, how long shall the adversary reproach? shall the enemy blaspheme thy name for ever? Why withdrawest thou thy hand, even thy right hand? pluck it out of thy bosom. For God is my King of old, working salvation in the midst of the earth.

There is an irony in the current geopolitical struggle against Islamic terrorism.

Humanly speaking, the western nations, for the most part, led by secular humanists and even atheists, have the power to utterly wipe out the terrorists, the terror apparatus, the financiers, apologists, the breeding grounds for the underlying philosophy of terror, and even to punish the nations who support terror, overtly or otherwise. If Europe, England and America decided to, they could go “total war” on all of that, as we did Naziism and Shintoism in World War 2 and utterly destroy them all.

When George W.Bush warned the world He would go after the terrorists and any who enabled them, Qaddafi believed him and voluntarily surrendered Libya’s weapons of mass destruction. We have the power, militarily, economically, intellectually to defeat Islamic terror.Too bad Bush didn’t have the will to follow through, he could have cleaned out the Saudi’s, Pakistan and a host of our other fake friends, for they all knew he had the power. they were shaking in their sandals!

But now they know that we do not have the will, for some reason.

On the other hand, Al Queda, the Muslim Brotherhood, Al Shabab, ISIS,ISIL, Boko Haram , Hezbullah, and the Shiite world, any one of them would utterly destroy the West without hesitation, anytime, anywhere, they have the will to do so. They merely lack the power. Thank God!

What is the reason for the moral paralysis of the west? Why have these dangerous and retrograde forces only been allowed to increase, and to menace more and more of our western cities, causing us to spend billions on security, and allowing hordes of those who hate us into our lands,even putting them on the public dole?

Honest hardworking taxpayers in Britain, America and France must now support families of those who so hate everything about us, they refuse to so much as have any dealings with us. But they vote,and plot and scheme.What is this?

This series seeks to explore one aspect of it, but I believe the most important aspect… that is the Spiritual .

In short, a people who do not believe in anything cannot resist a people of belief, even if the belief is manifestly evil!

Shortly after September 11, 2001, I was startled to read a headline to the effect that the West had already lost the war! It was an article which cited another article, in a publication called “The Jewish Press” . The author was a man named Moishe Feiglin.

I quote,(But can’t cite the source),

“Moishe Feiglin writes about his visit to the U.S.. Feiglin happened to be in New York the week of September 11. He was in a small grocery store when he heard President Bush announce on the radio that there would be a national day of prayer. “Go to Church, Synagogue or Mosque and pray,” the President said. Feiglin describes his reaction; “Did I hear right?” I ask the shopkeeper.”Did he say mosque?” She nodded. “At this very moment yu’ve lost the war, I say to the astonished shopkeeper. Feiglin explains,”They slaughter you in the name of Allah, and now the President calls upon you to pray to Him”.

I was struck by that quote* for the truth and clarity of it. I believe the Muslims are wrong about everything. Their religion is the worship of the Devil, disguised as “God”, they are utterly immoral and barbarous and even their criticisms of the west are hypocritical, (More on that point later). But they do get one thing right… This war is Spiritual.

Their beheadings are ritual murders, sacrifices to Satan, terror is a religious obligation, they empower miserable young men to committ atrocities by promising them a heaven which looks like a pornographic magazine.

In the meantime our feckless leaders deny the religious aspect of our struggle.

Our leaders in the West have never been at more of a distance from the people they supposedly serve, than right now. I know for a fact that in middle America there are still quite a few people who consider themselves Christians, work hard and are appalled at the cultural decline we are all witnessing.

But our leaders are for the most part secularists. They have an elite arrogance, that they are constructing with other western leaders, “A Brave, new (godless) world…” devoid of any one dominant religion (Such as Christianity). They would suppress all public expressions of it, or acknowledgment in American history of its blessed effect, other than a strictly enforced private version of your “personal faith tradition”.

I am convinced that our current cultural elite, are the very “Kings of the Earth and their rulers”that the second Psalm warned us about, who have been on a long, steady march through our civilization-al institutions, stripping away every vestige of Judeo Christian influence from our world. They are cultural liberators, but they seek to liberate us from that which made the West great, Judeo/Christianity.

The kings of the earth set themselves, and the rulers take counsel together, against the Lord, and against his anointed, saying, Let us break their bands asunder, and cast away their cords from us.(PSalm 2:2-3)

Some of them like Bush and the Clintons pretend to be Christian, when they need to muster the support of the heartland of America, but lately, with Obama, all pretense is being dropped, such as when he made the devastating announcement to the Muslim world, that America doesn’t consider itself a Christian nation anymore.(This was a lie, but it greatly encouraged our enemies).

One other way that our “Kings and Rulers” have disheartened us and hollowed out our national will to survive s a nation, has been by persistently flooding us with unassimilable immigrants, such as Muslims (All Muslim immigration should have been shut off on 9, 12 ,20001, and in a sane nation it would have). Thus the votes of the last traces of Christian America have been canceled out by people who have no stake in this country and no love for it! They want the goodies and the politicians keep power by making sure they get them,at taxpayer expense of course.

When I consider the social revolution of the sixties and seventies, and all of the changes since then, I ask myself, how much trauma can the American body politic sustain? How much pornography? How much sexual anarchy such as homosexuality? How much racial animosity, carefully tended by the politicians and race pimps ala Jackson and Sharpton, can this body politic sustain? Millions of Americans were willing to die to stop tyranny and establish freedom and rule of law, but Who would join the military to lay down their lives to establish homosexual marriage or abortion?

50 years of steady, Irresponsible accusation of race hatred, has caused us to literally put into office a man who openly hates America and all she stands for.

The body is sick, and Islam is an opportunistic disease. We pray that the sickness will not be unto death, but the cure is spiritual. False religion which is fervent and murderous can only be resisted by those who have a form of true religion. The heart of every “Culture” is the “Cultus”, the worship and concept of God which created the culture. The West didn’t spring out of a mythology, or a fairy tail. Western civilization is a direct outcome of Christianity.

Our leaders are blind and unsure because for the most part they have long ago abandoned Judeo/Christian America. The second Psalm speaks of a “Vain imagination”. What could it be? I think part of it, is that they imagine we can have the benefits of the civil and productive and united society Christianity gave us, without the Christianity.

I recently heard Pat Buchannon in a speech about “The Death of the West”, in answer to a question to the effect that “Do we need a new Thomas Jefferson o George Washington to renew America”? His answer was, “No we need another Apostle Paul”, To which I would add ,”or a Jonathon Edwards or Geirge Whitefield or John Wesley”. May God give us revival, and even in Judgment, may the Lord remember mercy.

6 Responses to A Spiritual Sabbath Salad For Weary Pilgrims